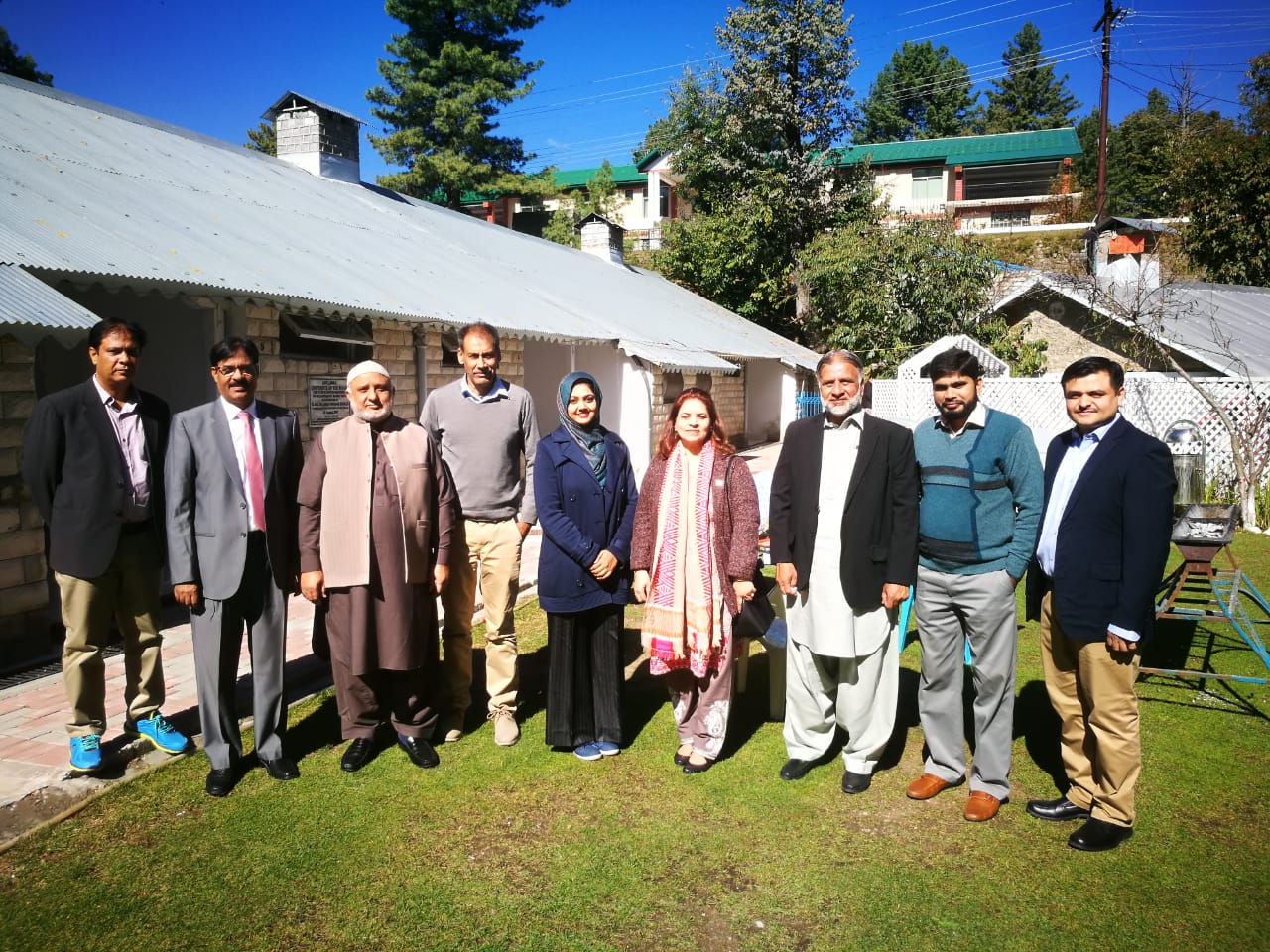 Institute of Administrative Sciences (IAS) held a ceremony on October 20th 2018 for dedicating the seminar and conference halls of Punjab University, Khanspur, Ayubia in the name of Professor Dr. Muhammad Afzal (late). Professor Dr. Afzal was an educationist, researcher and administrator throughout 64 years of his working life. Starting his career as a lecturer at the Hailey College of Commerce, University of the Punjab, he rose to the position of Advisor to President on Higher Education. In 1963, on his return from Cornell University, USA, he established the Department of Administrative Sciences at University of the Punjab as its Founder Chairman in collaboration with USAID. He was appointed as Chairman, University Grants Commission (UGC) in 1979. Later in his career, he became the Federal Minister for Education and Rector International Islamic University through hard work and professional proficiency. Dr. Afzal not only founded the New Campus (Quaid-i-Azam Campus) of University of the Punjab but was also instrumental in acquiring land in the beautiful hills of Khanspur, Ayubia for summer retreat, seminars and field trips for the students and staff of the University of the Punjab. He was awarded Hilal-e-Imtiaz in recognition of his luminary services to the education sector of Pakistan.

With respect to the legendary services of Professor Dr. Muhammad Afzal, the Dr. Afzal Educational Endowment Trust members and IAS took the initiative to pay tribute to his services by holding this ceremony. It is worth mentioning that Dr. Afzal’s family and IAS alumni have already established Dr. Afzal Educational Endowment Trust since 2013 to provide financial assistance to the deserving students of self-supporting programs. The trust has provided scholarships to number of deserving students on need-cum-merit basis. The ceremonial event took place at the greens of seminar hall building of Punjab University Khanspur Campus where Mr. Jaleel Tariq – Resident Officer-I PU, conducted the event by gracing it with recitation and a welcoming note. Former Resident Officer-I, Mr. Iftikhar Chaudhry gracefully shared the historical background of the development of Khanspur campus of Punjab University and the untiring efforts of Dr. Muhammad Afzal in acquisition of land for the said campus. Mr. Sohail Afzal and Ms. Lubna Afzal shared their fondest memories spent with their beloved father; Dr. Muhammad Afzal, which was very inspiring for all the members. Mr. Nasir Javed Ch. – son-in-law to Dr. Afzal and also his student shared his learning experience by the legendary personality of Dr. M. Afzal. Followed by the expressions shared by family members, Professor Dr. Nasira Jabeen, Dean FEMS and Director IAS, applauded the presence of all members and welcomed the family of Dr. Muhammad Afzal on joining the event with special respect and gratitude towards Mrs. Afzal for her presence. She appreciated the efforts of Ms. Lubna Afzal, Mr. Nasir Javaid Chaudhry, and Mr. Sohail Afzal to keep his name alive and revive it with noble causes towards education and academia. On behalf of Prof. Dr. Niaz Ahmed Akhtar – Vice Chancellor – Punjab University, Prof. Dr. Nasira Jabeen and Mr. Jaleel Tariq presented a shield to Mrs. Afzal and plaque was inaugurated followed by tree plantation in the name of Professor Dr. Muhammad Afzal. Special prayers were made for the prosperity of the country and the institution. Presence of university officials, Director student Affairs – Dr. Asmatullah, Estate Officer – Mr. Mujahid Chaudhry, Mr. Muhammad Zahid – senior faculty member IAS, Mr. Shahzad Ahmad Siddiqui, Admin Officer IAS and Ms. Sameen Zaki – Assistant Registrar IAS/ Manager Career Advisory & External Linkages, Trust members, Mr. Ali Khan and Mr. Farhan Shabbir, added to the felicitations. Whole journey of dedicating the building in name of Dr. Afzal and allocating the budget for its maintenance includes the efforts of many officials especially Prof. Dr. Niaz Ahmed Akhtar – Vice Chancellor PU, Dr. Zafar Iqbal Jadoon and Dr. Zafar Mueen Nasar. The team enjoyed a sumptuous lunch before departing for Lahore. It was much gratifying event for all the members of the institute and family of Dr. Afzal.

IAS has a tradition of paying tribute to its respectable teachers, academicians and eminent scholars that have played significant role in development of the institution. Such dedicated educationists should always be remembered in golden words. 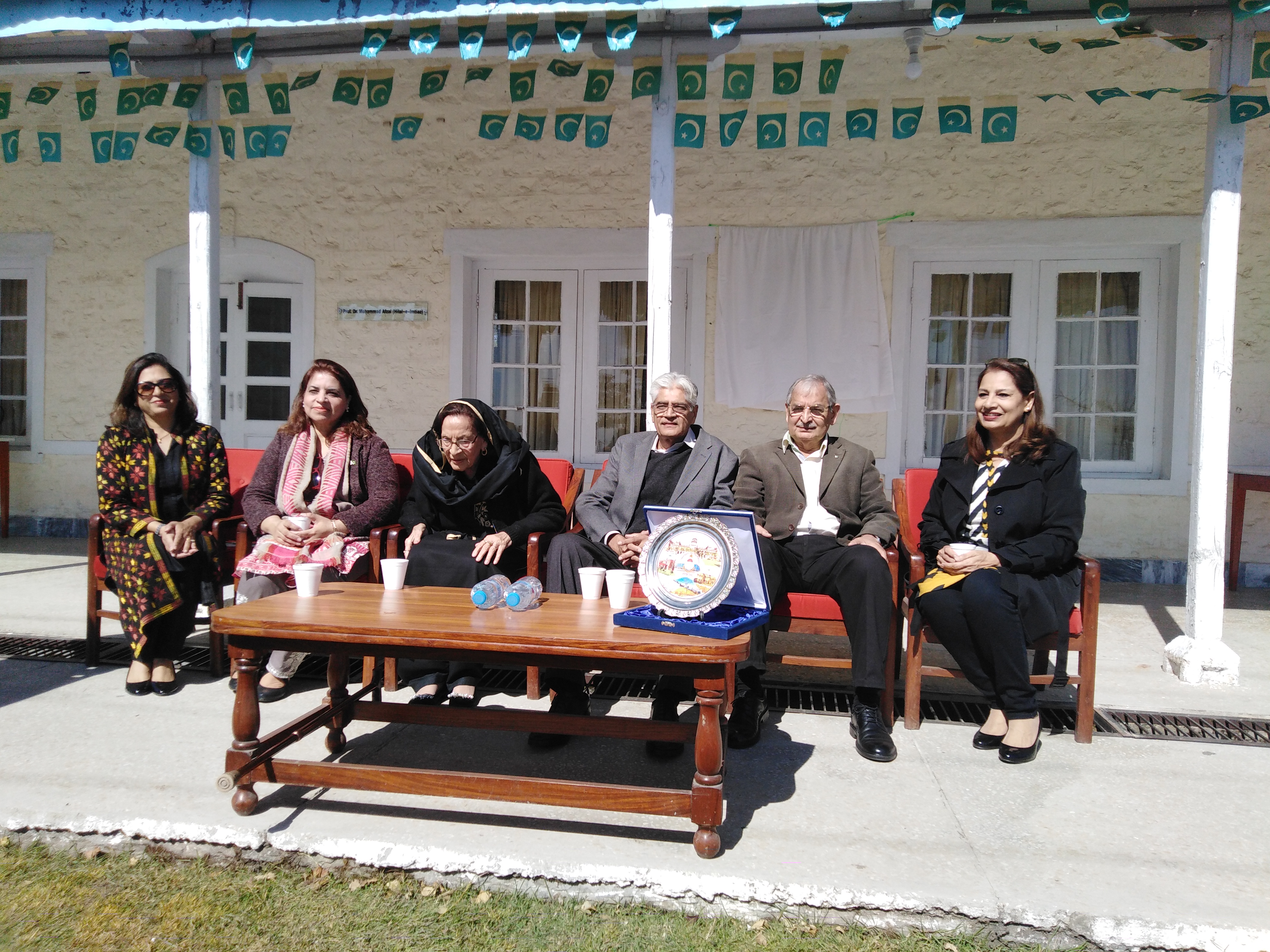 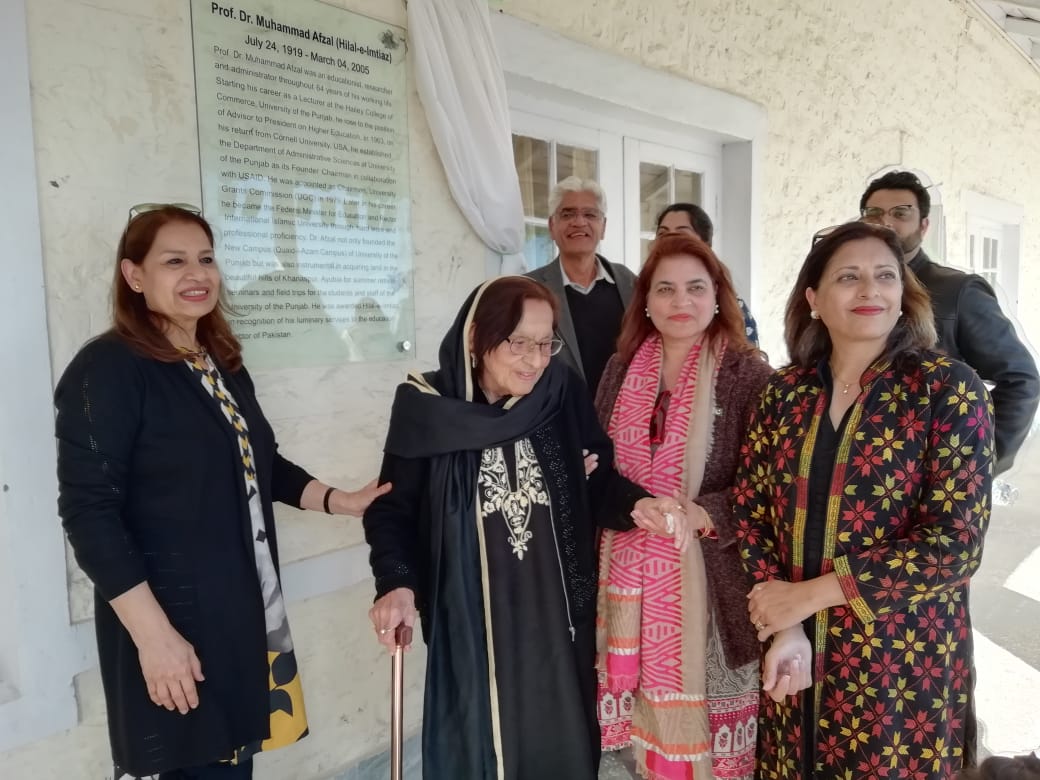 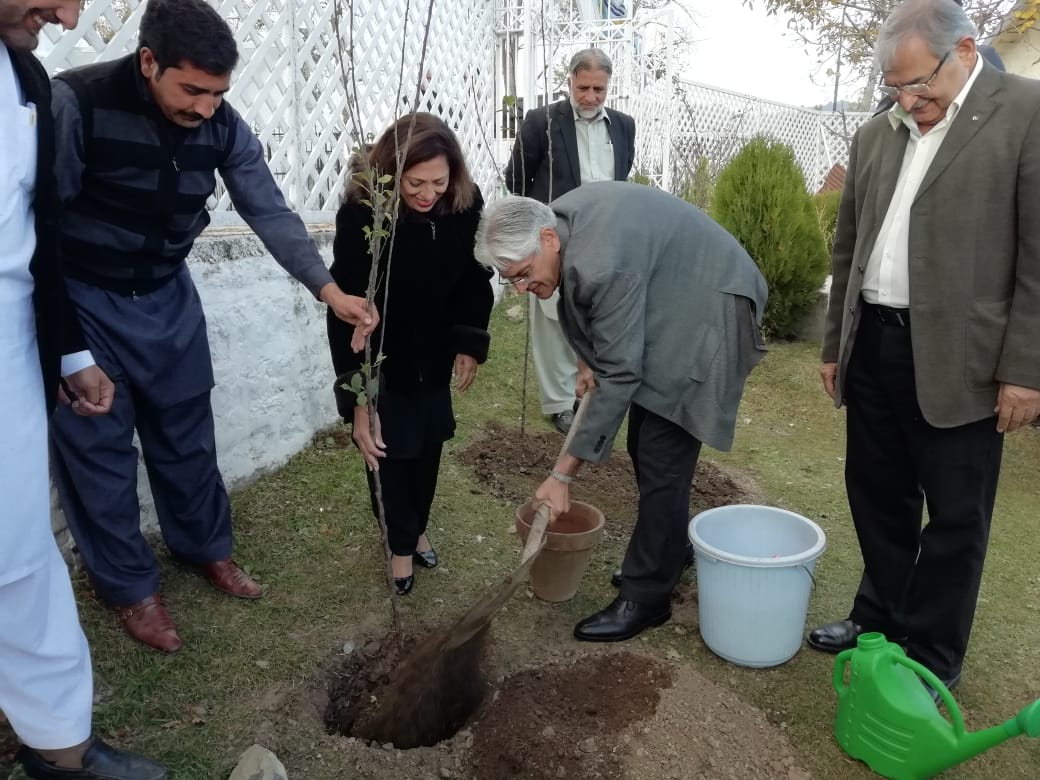 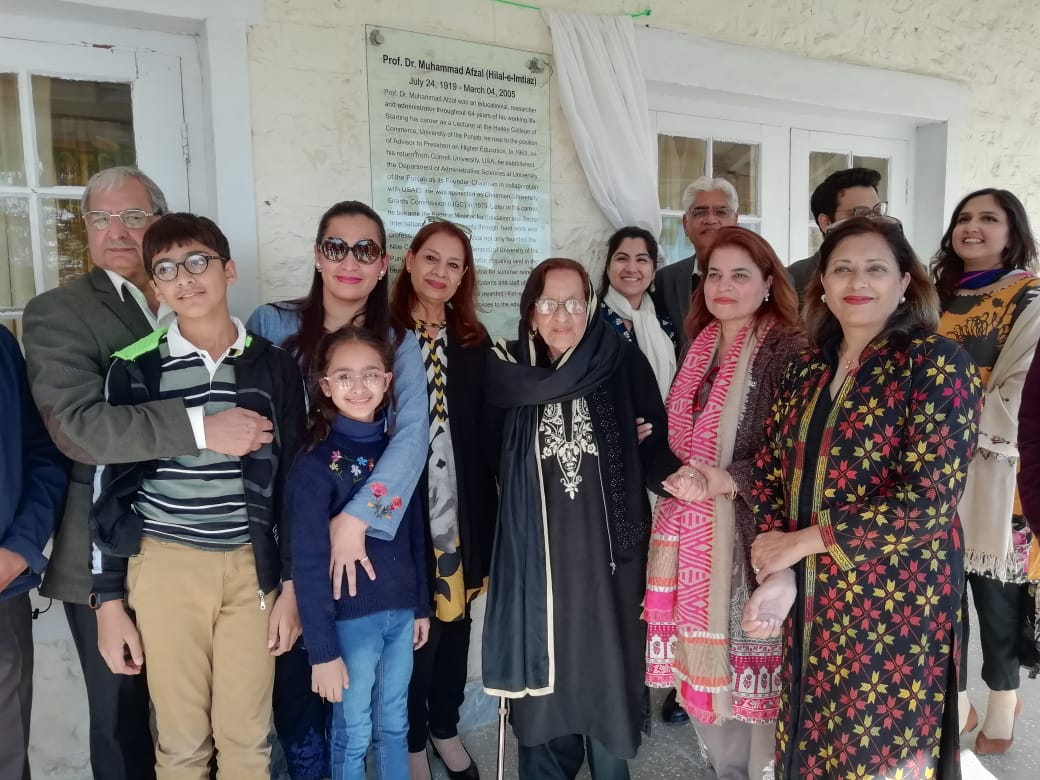 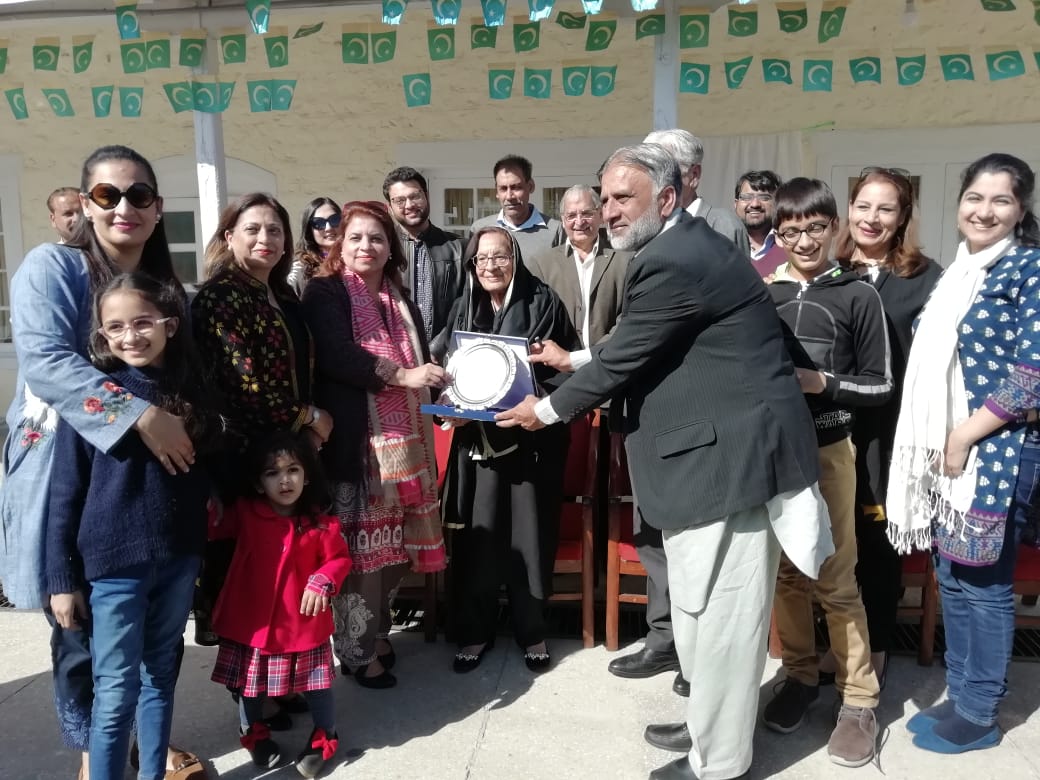 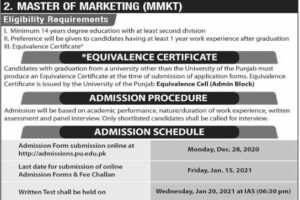 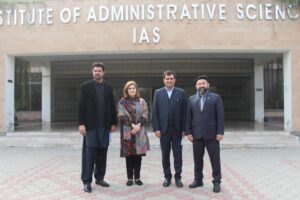 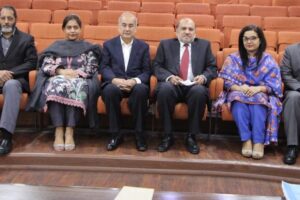